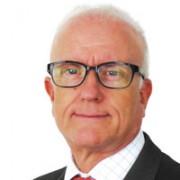 Urs Stirnimann is the chairman of the Swiss Academy. Urs worked more than 25 years in various countries of the Middle East and Latin America with different responsibilities in the financial and legal field. Before coming to the UAE, he was leading on behalf of the Swiss Foreign Ministry a special mission in the Middle East working as legal advisor and head of staff and giving lectures in international law to members of different foreign ministries. In 2004, Urs became the managing partner of Swiss International Legal Consultants in Dubai, the first law firm in the Dubai International Financial Centre (DIFC). In 2011, Urs moved to the Swiss Tower in Jumeirah Lakes Towers and later also established a law firm in Abu Dhabi. He chairs now the Swiss Academy which provides courses in the financial and legal field.