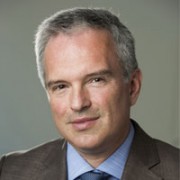 Sergei is the group Chief Economist responsible for advising the bank’s management and clients on key trends in global economy and financial markets.
Prior to joining Norvik in September 2014, Sergei spent nearly 20 years at Credit Suisse, as the bank’s lead economist for Russia, becoming Chief Economist for Russia and the CIS in 2010. He also covered a number of emerging market countries in Eastern Europe and the Middle East. Sergei began his career at the USSR Foreign Ministry in 1989 after graduating from MGIMO University with an honours diploma in international economic relations. He worked as an economist at the USSR Embassy in Baghdad, Iraq in 1989-1991 and later as a country officer for Saudi Arabia and Kuwait at the USSR Foreign Ministry in Moscow. In 1992-1994, he was a graduate student in economics in Russia and the US and holds a Master’s degree in International and Development Economics from Yale University. He is an Edmund S. Muskie and Joseph C. Fox fellow and is fluent in Russian, English and Arabic.