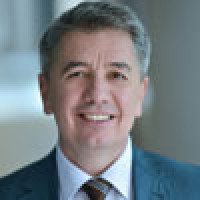 Sandor Erdei, PhD is a seasoned professional of foreign direct investment and a respected entrepreneur in the CEE region. He is the founder and CEO of Dutch-Hungarian DBH Group established in Maastricht. He is one of the board members of the ultimate parent company of the group, DBH Group B.V.  After his graduation as an Agricultural Engineer in 1991, he earned his MBA degree in 1993, and obtained his PhD in corporate economics at the University of Debrecen in 1996. He received a scholarship to the United States (Rutgers State University) and to the Netherlands (Maastricht), supported partially by Academic and Tempus Grants. Between 1991 and 1993 he worked for the Local Government of Debrecen as an official in charge of economic affairs. He lived in the Netherlands for 12 years and built up an extensive network of partners between Western and Eastern Europe and is still an active business operator in the Central European region. Between 1994 and 2005 first he was the Director, later the Managing Director of DBH Holland, in the Netherlands. For the last 25 years Dr. SándorErdei has managed several successful capital investment transactions as a consultant and an investor. In the non-profit sector, he acts as a Board member of the Hungarian Association for Innovation, the Chairperson of the Committee of the Hungarian Venture Capital and Private Equity Association, as well as Board member of the Commerce and Services Section of National Association of Entrepreneurs and Employers and a Board member of the Commerce and Services Section of VOSZ (National Association of Entrepreneurs and Employers). Since 2006, he has been the CEO of the DBH Group headquartered in Budapest.