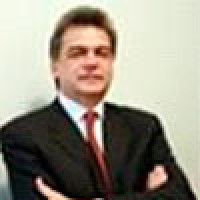 Mr. Roger Holland founded his own property services company originally ‘Scot Holland Estates’ in 1998 in Almaty and grew the business with his local partner to become the leading agency in Kazakhstan.

Scot Holland became an official affiliate office of CBRE the global number one in property brokerage & consultancy in 2007.

Scot Holland / CBRE has 3 offices in Kazakhstan, employs more than 50 dedicated staff and covers the 8 countries of Central Asia & the Caucasus.

Mr. Holland was one of the founding members of Amcham the American Chamber of Commerce and became a Board Director for 3 years. Later he also served on the Board of Eurobak the European Business Association of Kazakhstan.

And now sits on the KIMEP Business Advisory Council.

He is active supporter of many charity projects and has been anhonourary member of Almaty Rotary Club.

In 2011 he won the American Chamber of Commerce ‘Entrepreneur of the Year’ award.

Mr. Holland holds a B.Sc in Accountancy & Statistics from the University of Southampton and is invited to speak on leadership and entrepreneurship at local universities.