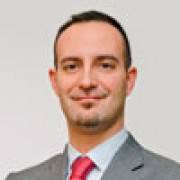 Riccardo Milan obtained his Master Degree in Finance at Bocconi University, in MiIan.

In 2009 he joined Capital Strategies Partners opening the office in Italy in Milan and later Lugano as a Director of business development in Italy, Switzerland, Greece and Luxemburg. In 2014 Mr. Milan has become Partner of the company enlarging his coverage in Russia and CIS Related countries.

Prior to that he has been working several years for important companies like Schroder and Morgan Stanley IM as a responsible for sales activity in few countries. Riccardo started his professional career working for JP Morgan as fixed income sales and later in WestLB AM as institutional sales.