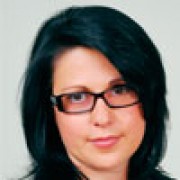 Olena Kibenko in 1994 graduated from Yaroslav the Wise National Law Academy of Ukraine. She has been practicing law since 1992. She was granted a Candidate of Law Science degree for the research on foreign investments in 1996. In 1999 within the TACIS program she received training on company’s law in the UK (Thames Valley University, London). In 2002 Olena Kibenko continued her research in the US universities (West Virginia University and University of Baltimore) within Contemporary Issues Fellowship Program. In 2006 Olena Kibenko obtained a PhD in Law for her research entitled “Current Status and Perspective Regulation of Corporate Relations: comparative and legal analysis of the EU, UK, and Ukrainian Law”.

Since March, 2011 Olena Kibenko has been the Managing Partner with Kibenko, Onika & Partners.

Reputable international edition World Finance awarded Olena Kibenko as the best Ukrainian lawyer of 2011. The experts of the annual research Ukrainian Law Firms 2013 (ULF) conducted by the Yuridicheskaya Practika Publishing mentioned Olena Kibenko among the five best lawyers of Ukraine in key directions of her practice – Corporate Law/ M&A and agribusiness. According to the TOP-50 law firms of Ukraine rating 2013, published by Yuridicheskaya Praktika and Kommersant-Ukraine Olena Kibenko was traditionally mentioned by the experts among the best lawyers in sphere of Agribusiness and Corporate Law. Olena Kibenko is recognized by a well-known US rating Best Lawyers International as the Lawyer of the year in Ukraine in two nominations: in the field of Corporate Law and Litigation.

Olena Kibenko is the author of more than 160 articles in Russian, Ukrainian, English, and Polish languages on various issues of corporate and commercial law, contracts, and other areas of law, as well as on standards of legal practice in Ukraine. In addition, Olena Kibenko is the author of the following books: Corporate Governance (2007), Company Law: Comparative Study of EU Acquis and Ukrainian Legislation (2006), European Company Law at the Stage of Fundamental Reforms (2005), Business Law of Ukraine (2005), Corporate Law of Great Britain. Statutes, Cases and Commentaries (2003), International Private Law (2003), Corporate Law of Ukraine (2001), Comments to the Act of Ukraine entitled “On Business Associations” (2000). In 2005 for a series of works devoted to the development of corporate law Olena Kibenko was awarded with the President’s of Ukraine Award for Young Scholars. Her publications can be found in international web-resources (MONDAQ, SSRN, etc.).

Olena Kibenko combines legal practice with teaching law in the leading law schools. Olena Kibenko is a professor of the Civil and Legal Disciplines Department of the Kharkiv National University named after V.N. Karazin.