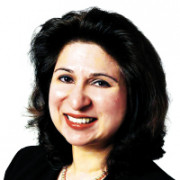 UK born, Mona Shah, was formerly a Government Prosecutor with the British Crown Prosecution Service, before being admitted to the New York Bar. In 1998, Mona founded Mona Shah & Associates Global, headquartered in Manhattan. MSA Global is a Law Firm with an advanced global corporate Immigration practice. Highly proficient and recognized as an industry leader in US EB-5 investments, Mona has received many accolades for her work, including voted top 25 EB-5 attorneys in the US four years in a row; Top Lawyer (Who’s Who International), ‘Top Attorney of North America’. Mona is a part-time adjunct professor at Baruch College, City of New York University. She also is the Co-Editor of the BLS “Gateway to EB-5”. Mona also hosts the first podcast series on EB-5, with over 74 podcast episodes and a worldwide audience. Mona has extensive knowledge of all facets of U.S. immigration law; her expertise ranges from specialist petitions to complicated, multi-issue federal litigation before the US Courts of Appeal. Mona has authored numerous articles and is both a published author and a Lexis Nexis editor. She regularly speaks worldwide, has been interviewed by mainstream news channels, including Fox Business News and Al Jazeera; featured in international magazines and quoted in major newspapers, including the New York Times. Mona is a member of the IIUSA Presidential Advisory Council and Public Policy Committee. MSA have been instrumental in the success of numerous projects and have raised millions in investor capital.