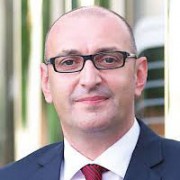 Mr. Keremedchiev has an impressive political and diplomatic career. He served as a deputy foreign minister and has contributed for the development of the National Visa Center. He has also taken positions in the Council of Ministers and the Ministry of Economy. He was Consul General of Bulgaria to Dubai.He has also significant background in the private sector, having taken several high managerial positions and being involved in major restructuring of one of the largest Bulgarian corporations – Bulgarian Posts.

Mr. Keremedchiev’s economic education and professional experience as the Deputy Minister of Foreign Affairs in Bulgaria, as well as the public administration positions he assumed in other EU countries were an invaluable asset in the development of the Investor Program for Residence and Citizenship in Bulgaria® in May 2009. His profound understanding of the government institutions and agencies is a crucial element to the overall business development of Arton Capital.Presently, in his position of a vice-president for business development, he is able to provide valuable advice to potential investors on economic and political developments. Besides heading the business development wing of Arton Capital in Bulgaria, he is also leading the strategic structuring of the recently established Arton Capital’s office that operates the Hungarian Investor Residency Bond Program.
At Arton Capital, we empower individuals and families to become global citizens. This is accomplished through a high-end service and experience that simplifies complexity and which is supported and sustained by long-term relationships. We also play a critical role in helping governments, consultants, legal and financial professionals, and investors to meet their citizenship goals more quickly, efficiently and effectively.
Arton Capital and group of companies have been the trusted partners to the industries key stakeholders for more than 10 years. In private public partnership we advise governments on policies, we provide financial due diligence services and we have executed investment transactions and financing facilities to attract over a $1 Billion of foreign investments to different Immigrant Investor programs.