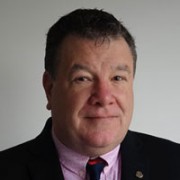 Mark started his career with a degree in International Business and Finance in 1980 as an Area Market Manager developing new markets in Europe and Africa for a multi-national manufacturer of consumer goods.  He moved from Chicago to Costa Rica where he owned a trading seat on the Costa Rica commodities exchange BOLCOMER (Bolsa de Commercio).  He was later invited to sit on the Board of Directors there where he served for 2 years helping the exchange expand its reach to the agricultural sector and international markets.  Finance and investing were areas of interest and he learned to trade with Kerford Investments International and quickly became the top trader in the company which is global.  Kerford asked him to manage the Costa Rica office and then asked him to conduct training for traders in their other offices in Mexico and Peru.  He offered his trading signals to subscribers on the Collective2 platform where he was discovered by a U.K. hedge fund which contracted him to trade for them.  Mark is a serial entrepreneur having created and launched a number of companies throughout his career.  He set up a credit union in the Baltic states which he managed for a time and was involved as one of the principals in an effort to set up a new bank in Bahrain.  Mark does humanitarian work through a private foundation he created which reflects his commitment to his faith.  He currently manages THE MONACO MANAGEMENT GROUP, which is a family of financial consulting companies which complement each other. He is a world traveller and speaks English, French and Spanish. He is an avid student of the law and his worldview is definitely ‘out of the box’ thinking which he feels is required to get unusual results in business and in life.