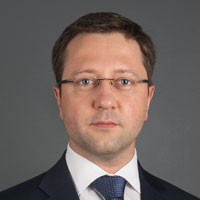 Since 2004 Maksym has been Managing Partner of Lavrynovych & Partners Law Firm.

Maksym is recommended in Corporate and M&A, Dispute Resolution and Tax by The Legal 500: Europe, Middle East & Africa guides in 2013-2018 and in Commercial, Corporate and M&A in 2017. Best Lawyers TM ranking recommends him in Corporate Law and International Arbitration in Ukraine for 2018. He was included into the "Client's Choice: The Top 100 Best Lawyers of Ukraine" in 2015-2016 and named one of the best investment lawyers in 2017.