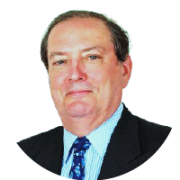 Jonathan was called to the English Bar (Gray’s Inn) in 1978. He is a postgraduate of London University where he achieved Merit & Distinction in his International Tax Masters and speclialises in international tax and trusts.

Practising initially from Birmingham Chambers, in commercial and company litigation, liquidations and banking transactions, he relocated to Hong Kong in 1986. He commenced private practice at the Hong Kong Bar, after a short spell prosecuting complex commercial crime in the Attorney General’s Chambers.

In private practice he specialised in company and commercial law with tax experience extending to structuring holding companies for regional licensing, advising on offshore jurisdictions and transactions, international corporate tax planning with the use of offshore centres, structuring of aircraft leases, interpretation of and utilisation of tax treaties, use of profit jurisdictions and related re-invoicing techniques, migration of companies etc.

He also specialises in international transfer pricing and planning. Since 1997 he has focussed specifically on international tax and trusts and has specialized in advising individuals of significant wealth (HNWIs) on their international tax planning arrangements, and their trust and succession issues. His specialisation utilises bespoke Special Purpose Vehicles, in conjunction with Tax Treaties and involves tax arbitrage between differing jurisdictions.