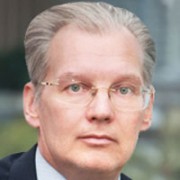 Advising a Russian high net worth individual on the restructuring of his stake in the major Russian business group, including advice on the new holding structure for assets and effective individual tax planning in UK, Luxembourg  and Russia;

Advising shareholders of a leading Russian manufacturer of kitchen hoods in connection with the sale of the majority stake to the world leading provider of products and solutions for residential kitchens and bathrooms;

Provided full sell-side legal support to the shareholders of the leader of the Russian packaging market in connection with an intended establishment of a joint venture with a foreign strategic investor. Subsequent consultancies on tax structuring;

Provided full sell-side legal support to the leading Russian importer and distributor of medical equipment and supplies in connection with an intended JV establishment with a foreign strategic investor, including pre-investment legal and tax due diligence; development of a new target structure, involving international tax and corporate structuring; implementation of the target structure; advice on individual tax planning for the shareholders;

Represented the shareholders of a major Russian oil refinery in the course of preparation for a private placement, including pre-investment tax and legal due diligence and deal structuring;

Provided full sell-side legal support to the shareholders of the leading Russian Internet company in connection with a deal involving a Russian investor, including pre-investment tax and legal due diligence and deal structuring, preparation of transaction documentation and deal closing;

Provided pre-investment preparation (restructuring and legal diagnostics) of the largest Russian companies for public offering (IPO) on the London Stock Exchange and AIM, including companies in the agrochemical industry, media industry, pharmaceuticals and the packaging industry;

Provided full legal support for the shareholders of leading Russian companies in transactions regarding the creation of a joint venture with a foreign strategic investor, including pre-investment tax and legal diagnostics and structuring of the transaction, preparation of documents on a transaction in the IT industry, media industry, fish processing industry, packaging industry, foodstuff industry;

Provided legal support for restructuring, including pre-investment preparation and tax diagnostics, development of a new target structure with application of elements of international tax and corporate planning, development and implementation of a plan for transition to the target structure of the leading Russian producer and retailer of household goods and everyday consumer items, and also leading Russian foodstuff networks, trade networks of children’s goods, distributor and importer of medical equipment, etc.;

Provided full support for the investor in transactions regarding the acquisition of large Russian companies in such spheres as oil refining, media and advertising, tourism, etc.;

Represented a group of Russian shareholders in negotiations, as well as drafting joint-venture documentation between a major Russian seed-crushing and oil producer, and the world leader in palm oil production; estimated value of the transaction is over EUR300 million;

Advised the shareholders of one of Russia’s largest producers and distributors of glassware on the sale of a 75 percent stake to the leading French manufacturer and distributor of tableware;

Advised a Russian marketing research company in connection with the sale of the company’s controlling stake to the international holding company.