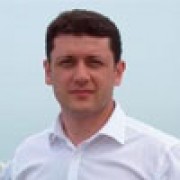 Elshad Farzaliyev heads Mikhailov & Partners’ project office in Baku, where he is responsible for supporting client projects across Azerbaijan.
Elshad is a Communications Executive with 10 year experience in Public Relations at corporate, inter-governmental and non-governmental entities. Prior to joining M&P he was the Head of Corporate Communications Department of Azerfon, the local mobile operator with two brands.
Elshad was Country Director for two international organizations in Azerbaijan – Denmark based International Media Support (2008-2009) and London based Media Diversity Institute (2003-2006). With both organizations he managed a number of projects on media relations and media development.
From 2006 till 2008 he worked at OSCE Office in Baku being responsible for media and government relations. In partnership with BBC World Service Trust coordinated implementation of Public Broadcaster Capacity Building Project.
Elshad Farzaliyev holds M.A. in International Studies from Denver University, USA and he is also a graduate of Academy of Public Administration under the aegis of the President of The Republic of Azerbaijan.