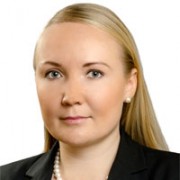 Ekaterina Zammit has received a law degree at Perm State University in Russia with specialisation in International Law. After graduating as a lawyer, she continued to study for the Masters degree in Mediterranean Academy for Diplomatic Studies in Malta. She has also graduated from Malta Institute of Taxation. From 2011 to 2014, Ekaterina was practicing law in multinational companies in Vienna, Moscow and Malta. In 2014, Ekaterina was invited to Chetcuti Cauchi Advocates for the post of Head of Russia and CIS desk. Ms Zammit is a key advisor on the Malta Citizenship by Investment, Cyprus Citizenship by Investment, the Malta Global Residence Programme and buying property in Malta and Cyprus. Within her tax planning and wealth structuring function, she specialises in the use Malta holding companies, Malta participation Exemption regimes, Malta royalty companies, Malta trusts and foundations and Professional Investor Funds.