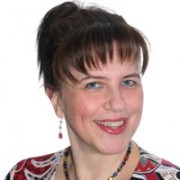 Ekaterina Varadi is one of the founders and owners of the international LAVECO Group, established in Budapest, Hungary in 1991.

Ekaterina Varadi was born in Moscow, and from 1984 to 1989 studied at the Department of Philology of the Lomonosov Moscow State University, specialising in Hungarian and German languages and graduating with a diploma with honours. In addition, she also attended English language courses at the Ministry of Foreign Affairs of the Russian Federation, passing with honours. Ekaterina has been living in Hungary since 1990. She graduated from the Institute of Foreign Trade of Hungary (1990–1993) with a diploma with honours. In 1991, Ekaterina and her husband, László Váradi, founded the company LAVECO Ltd in Budapest. She has been working as the company’s commercial director since its formation. Languages: English, Russian, Hungarian, German.