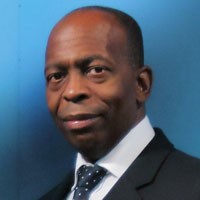 Clifford is highly creative and full of get-up-and-go.  After 38 years in the field, he still enjoys the daily challenges that Tax Attorneys face in today’s evolving world of complex international business structure and personal wealth planning, he could not have chosen a more complex issue for his first book.

In 1990, together with a then-leading firm of solicitors in the UK, he successfully represented Saudi Arabian Airlines in a complex tax compliance issue. His firm was the first firm outside of HMRC appointed to operate an ad-hoc tax collection scheme.  In HMRC v M (1994), Clifford represented M in a cross-border tax investigation that crossed several borders including Switzerland, resulting in M’s tax liability being reduced from £2.6m to £74,000.

In 2005, he completed his Masters in International Tax and in 2008 a Higher Diploma in International Arbitration from London University. Clifford joined LEXeFISCAL, Legal and Tax Advisors in 2010 and became a partner in 2012. In 2015 he was awarded a doctorate from Barclay School of Law.

Some of the recent transactions

From May 2016, My Business Counsel Associate