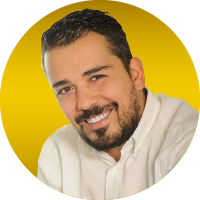 Constantinos was born at Nicosia, Cyprus in 1985. He studied Law (LLB) at University of Derby, UK where he also achieved his Masters Degree in Commercial Law (LLM).

Since 2011, when he obtained his license to practice law in Cyprus, Constantinos dealt with numerous cases of Electronic Crime, Commercial Crime, Traffic Offences, Insurance, Family, Banking and gave legal advice in cases relating to Information and Copyright Infringement, Intellectual Copyright, Defamation and Slander, Cybercrime, ADR, Patents and in National Arbitration Forums. After the financial crisis of 2013, Constantinos was retained with the Class Action Case of the Bank Depositors as well as the actions that took place in European and Cyprus Courts.

At Eurofast, Constantinos holds the position of Head of Corporate, Legal and Immigration.