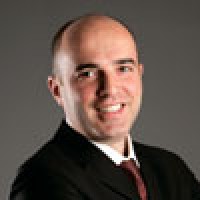 Has been appointed Deputy CEO, Investment Management (formerly Asset and Wealth Management) as of May 2013, previously served as Deputy CEO of Corporate Banking at Bank of Georgia. Prior to returning to Georgia in 2008, Archil worked as an Associate at Lehman Brothers Private Equity (currently Trilantic Capital Partners) in London. From 1998 through 2004, Archil worked as Senior Associate at Salford Equity Partners, Senior Analyst at the EBRD in Tbilisi and London, Senior Financial Analyst at KPMG Barents in Tbilisi, and Team Leader for the World Bank’s CERMA Project in Tbilisi. Archil is CFA Charterholder and member of the CFA Society of the UK. He received an MBA with Distinctions from Cornell University and undergraduate degrees in Economics and Law from Tbilisi State University.