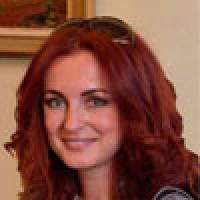 After graduating from Moscow State Pedagogical University V. I. Lenin Aliona worked as a Foreign correspondent in London for MK (Moscow Komsomoletz), one of the biggest Russian Newspapers. She then became the Managing Director at First Russian Radio in London where she established some invaluable contacts within British Media and Russian circles.

Labelled a “Creative Tornado” by The Moscow Times and a “Russian Party Queen” by The Evening Standard; Aliona is well known by London’s Russian community. She worked with Ewan McGregor and Charlie Boorman on their Long Way Round trip, chaperoned Paul McCartney on his Moscow tour, acted as the Head of London office ofMikhail Gorbachev for his 80th  Birthday Celebrations at The Royal Albert Hall, and founded the Red Square Projects. Aliona has since joined Quintessentially Lifestyle’s London HQ in a newly created role following a staggering increase in Russian Members, clients and partners.