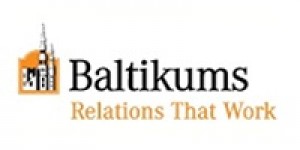 After 10 years of successful work, we may declare that the most important components of the Bank’s development have been incremental and stable development, adherence to our values, mission and traditions, and working to improve the lives of our employees, customers and partners alike according to the principles set out by the Bank’s shareholders. From day one, the Bank’s mission was to become an international bank, and every step we took moved us closer to this goal.

The Bank was founded as a Baltic regional commercial bank that matched the spirit, skills and abilities of its shareholders, management and staff. The Bank’s customers at that time were mostly local and international companies and owners of business funded by their own capital. The specialisation in servicing, financing and consulting customers’ settlement business and managing investment continued well into 2004.

In May 2004, when Latvia joined the European Union, the Bank took its first step towards shaping a European bank whose primary goal is maintaining, managing, increasing and protecting the capital of corporate, private and institutional customers in all sectors of industry. Within this framework, the Bank has mastered new lines of business: consulting, corporate banking, investment management, financial administration, private banking, and banking and investment services for financial institutions. New products and services have been developed thanks to the skills and abilities of the Bank’s staff and management. Since 2002, the Bank has opened a branch in Cyprus and representative offices in cities and countries in which our customers operate (i.e. CIS and EU member states).

The Bank has traditionally been represented in all segments of banking, investment and consulting services apart from the public sector and mortgages – an omission that protected the Bank during the 2008-2010 financial crisis. Since 2002, it has set a new record each year, and has not ended a single year with a loss.

In 2011, the Bank developed a new strategy and introduced a business model that should position it as an international private bank. The primary lines of business now are banking services, investment, financial administration and consulting, whereas the most important person working at the Bank is now the private banker, who maintains and develops relations with the customer, supported by the bank’s developed infrastructure and partnership network.

In line with its new strategy, the Bank changed its name to Baltikums Bank AS in June 2011.

Today, Baltikums Bank AS is an international private bank that continues to show dynamic development and is represented in key CIS countries and on Cyprus. A controlling stake in the Bank is owned via BBG by the holdings of brothers Aleksandrs Peškovs and Sergejs Peškovs, and the Bank’s shareholders include their family members and partners.