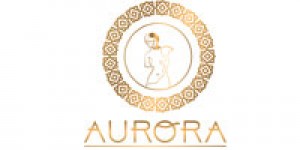 Aurora Consultancy Cyprus ltd is a dynamically developing company in the field of provision of consulting services for businesses and individuals, including the modern format of the “family office”, as well as in the promotion and implementation of modern technologies in the countries of the European Union, Asia and Africa.

Since 2007, the company's partners have been engaged in the field of conformity assessment and registration of pharmaceutical products in the territory of the Russian Federation and the CIS countries, as well as in the field of independent auditing and quality control of pharmaceutical companies worldwide. Later, in accordance with the changes in the legislative base of the Russian Federation, the company expanded its field of activity and began to cooperate with universities, research centres and laboratories in the direction of supporting innovation, protecting intellectual property and commercializing the most significant inventions.

Since 2017, all priority activities of partners have been gathered in Aurora Consultancy Cyprus Ltd., registered in the Republic of Cyprus, which allows you to take advantage of the tax regime, legal rules for doing business, transparency and predictability of the laws of the island’s migration and economic policies.

The main directions of consulting are the following areas:

- Legal and administrative support for innovative projects and young scientists. Assistance in the promotion, protection of copyright and intellectual property inventions.

- Maintenance and implementation of new innovative technologies and projects in the countries of the European Union, Asia and Africa.

- Services in the Family Office format in the Republic of Cyprus.