Tax Non-Transparency: The Truth Will Out 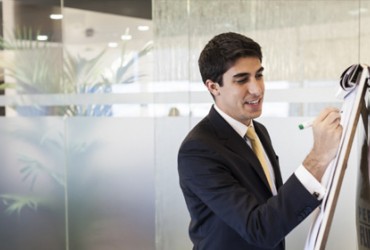 “If the person you are talking to does not appear to be listening, be patient. It may     simply be that he has a small piece of fluff in this ear.”  Winnie the Pooh.

It has become conventional wisdom to lay the ‘blame’ for lawful tax avoidance firmly at the feet of the offshore financial centres.  In the April 2016 edition of Alternative Domicile Intelligence, Simon Osborne goes further and attributes the fault for the latest  round of negative publicity to which they have been subjected firmly at the feet of those centres, which, he asserts, have failed to explain their role as “tax neutral cogs” in the global economy.  Easier said than done.  We can agree, at least, about the publicity he is referring to.

“Ordinary tax payers are right to be infuriated by the sleazy antics of super rich tax dodgers aided by a greedy army of pinstriped pimps.  Empty talk of transparency is no longer enough”.

“What is surely plain is that flows of surplus cash around the world are wholly distorted by a necklace of puny havens, cheating national tax payers out of vast sums of money".

And we should not now exclude the newest unguided missile launched by the angry left Mr Jacques Peretti (unsurprisingly also a Guardian contributor) who introduces no less than a BBC documentary on the Cayman islands by describing it as “One of the most secretive places on Earth” after which his mischaracterisations actually manage to get worse.

So we have the case for the Left Wing Anti-Capitalist Movement succinctly stated.  If we needed more, and possibly we do not, we could turn to the always highly entertaining Nicholas Shaxson of Tax Justice Network for his latest mischaracterisation, this time of the relevant provisions of the United States Tax Code.  This from his most recent effort in the Washington Post:

“As US corporate tax rates have plunged over the past 40 years, corporations have shovelled ever rising quantities of money offshore… The solution is not to cut taxes but to crack down”.

Simon Osborne is correct in that insufficient intellectual and financial resources have been deployed in the offshore world to counter what are evident mischaracterisations.  But in part, this is based on a prevalent disbelief that distortions of this sort could withstand a moment’s scrutiny.  We can distil these distortions down to two fundamental propositions.  Firstly, they seek to conflate illegal tax evasion with lawful tax avoidance.  But complete transparency in the Cayman Islands and the other Overseas Territories has been secured for well over a decade by the Tax Information Exchange Agreements with, amongst others, HMRC and the IRS.  As a result, professionals and institutions in these Overseas Territories know for a fact that suggestions of routine tax evasion are invented.  And the statistical evidence entirely supports that conclusion.  With the unrestricted ability to investigate any file maintained in the Cayman Islands, the 35 Tax Treaty jurisdictions have managed an average of 30 enquiries of the Cayman Islands Authority annually, which have resulted in statistically insignificant convictions for tax evasion. Law enforcement has been able to make enquiries since 1976, with similar results. We could well ask Mr Birrel what greater level of transparency should the tax authorities have had? They obtained the standard requested by the OECD.  (But do see further below for the answer).

The second distortion arises directly from the frustration of the high tax campaigners when the weapon of alleged tax evasion in offshore financial centres is removed from their armoury.  It has therefore also become conventional wisdom to blame the offshore financial centres for lawful tax avoidance.  But from the technical perspective, this is a hopelessly flawed conclusion.  The ability to lawfully avoid tax is, by definition, a function of onshore legislation not offshore legislation.  Bemused by this proposition and the inability to control domestic legislative agendas and domestic budgets, politicians from President Obama to Senator’s Levin and Sanders and now Jeremy Corbyn resort to vilifying and demonising the offshore financial centres. As cute as it may play in a sound bite, “It’s the biggest building in the world or a tax scam”, it is correct on neither point.  But this is far more offensive than simple name calling.  It is a shockingly inaccurate mischaracterisation of the United States Controlled Foreign Corporation and Sub-Part F Income Rules (by way of one example), which are not ‘loop-holes’ but detailed provisions of the IRS Code designed to ensure that US corporations remain competitive in the global market place by being able to defer tax provided, and this is the point, they reinvest profits in genuine arm’s-length trading activities with non-related parties.

The classic left wing mischaracterisation of this perfectly sensible fiscal policy is that there is a mattress in the Cayman Islands with US$2 trillion stuffed under it, or to use Mr Shaxson’s expression “shovelled”.  But there is no such mattress.  For the US tax provisions to work effectively, the profits must be reinvested immediately in genuine trading activity.  And we could add the fact that these monies necessarily appear on a consolidated accounting basis on the books of account of their US corporate parents (which is why the left wing journalists know the figure is US$2 trillion).

A genuine politician would have said this: “These provisions of the United States Tax Code should now be regarded as outmoded.  We need this US$2 trillion to be repatriated as we appear to have very carelessly run up a very large budget deficit of some US$19 trillion and so I would be grateful if the Congress and the Senate would now pass amending legislation”.  In fact, President Obama no doubt privately said something along those lines as amending legislation has been  presented periodically for over 50 years. But the simple and unanswerable fact is that it has failed to pass in either House, and US corporations therefore continue to defer taxation in accordance with United States law.

If the laws of defamation enabled a jurisdiction rather than an individual to complain of libel or slander, the Cayman Islands would by now be the richest country in the world.

Further fallacies in relation to lawful tax avoidance abound, but each industry requires specific analysis of the sort that is never undertaken by the media.  As to the US$4 trillion hedge fund and private equity industry in the Cayman Islands, there is no tax deferral whatsoever; and nor is there “light touch regulation”.  As the recent AIMA paper ‘Transparent, Sophisticated, Tax Neutral - The Truth about Offshore Funds’ makes clear, every dollar of these monies invested in the Cayman Islands vehicles is necessarily reinvested and regulated in onshore markets and therefore necessarily taxed and regulated in accordance with the laws of those onshore jurisdictions.  A Cayman Islands hedge fund trading in New York or London in any given security is subject to precisely the same regulatory regime as a US domestic fund and pays all of the taxes imposed by the laws of that jurisdiction.

So much for Mr Shaxson’s further fallacy, in fairness originated by the OECD, that offshore financial centres drain capital from high tax jurisdictions.  One hundred percent of the US$4 trillion of capital invested in the Cayman Islands hedge fund and private equity industry is reinvested into those onshore markets or investments and is 100 per cent taxable in accordance with the laws of those onshore jurisdictions.  No-one’s tax laws are being avoided.  The truth is simply that capital is flowing from the European and other jurisdictions to Cayman to benefit from the higher returns available from Cayman Islands funds’ investment in US and UK markets .This then is simply a war about capital flows, higher quality investment management and financial returns dressed up as some kind of invented tax arbitrage and because on a fundamental comparative analysis of those core metrics Europe (the City of London apart) comes a distant second  .

So what then of US$1.4 trillion in the Cayman Islands’ banking industry.  There are two material points.  These monies are a by-product of international trade and require a sound well-regulated offshore banking environment to manage them.  If someone in the US imports something for a dollar, that dollar becomes a Euro dollar and has to be banked somewhere.  (It could be a Euro Yen, the principle is the same.  It is still called a Euro something because it is in circulation outside of its originating jurisdiction).

(No doubt it upsets the Europeans that it is not now necessarily deposited in Europe but then given the parlous financial condition of the European banking system, why would you deposit your dollar in a European based bank when the offshore banking sector is, as the financial crisis established, more secure).

The second point is that over 90 per cent of the monies flowing through the Cayman Islands banking industry are inter-bank bookings and therefore must be looked at in the context of a global banking network.  But it is the same fallacy to suppose that these inter-bank bookings are not reinvested onshore; they need to generate returns and when they do, they will pay taxes in accordance with the laws of the jurisdictions where they are reinvested.

What should be clear to even the extreme left wing (because the information is publically available) is that the Overseas Territories indeed ought to be lauded as their transparency arrangements have been world leading for well over a decade and with statistically insignificant resulting enquiry by law enforcement and tax authorities.

But all of that is of historical  interest only. We now have the FATCA initiative and the Common Reporting Standard suggested by the OECD, which will result in automatic tax reporting of every account maintained in the Cayman Islands to the tax authorities of the beneficial owners in over 80 jurisdictions (and certainly all of the significant ones).

The cost of these reporting initiatives, which for the time being at least is assumed by the private sector, runs into tens of billions of dollars annually.  But in just the same way that the Panama Papers revealed no US client base, so to, we in the Cayman Islands know that these OECD initiatives will generate nothing whatsoever in return for onshore Revenue Authorities and for two reasons.  Firstly, the suggestions of the Tax Justice Network as to tax evasion in the Overseas Territories have been pure nonsense; there is no tax being evaded that cannot be collected and secondly, in any event, Cayman Islands investment vehicles pay tax in accordance with the laws of the onshore jurisdictions in which they invest.  So the net result of these mischaracterisations of offshore financial centres and the phenomenal regulatory burden imposed will be fiscally insignificant and statistically irrelevant.

At some future point, the balance here will have to be redressed; the costs of FATCA and CRS will have to be recovered from the relevant tax authorities to which the information is being provided.  And when it is clearly seen that this information results in no additional tax revenue whatsoever, only at that point will a realistic evaluation of the continued need for these initiatives be undertaken on a cost benefit basis.

It remains open to onshore jurisdictions to change their tax legislation to deal with avoidance and the so called ‘moral’ issue.  As matters stand, the guiding comment should be that of Mr Angel Gurria of the OECD who states plainly that “Corporations cannot be criticised for using the rules that are in place”.  He does not dwell on the irony.  The double tax treaty networks that are being “morally abused” are the work product of the OECD and all EU-centric.  His acceptance that tax avoidance is lawful and socially and morally sound is at least philosophically consistent and technically correct.  As an employee of the OECD, French law provides he pays no tax at all.