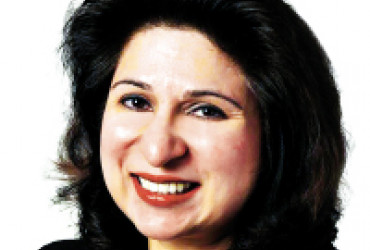 We are so excited to welcome our new Speaker Mona Shah at InvestPro Cyprus, Limassol 2017.

UK born, Mona, a dual licensed attorney, practiced as a Government Prosecutor with the British Crown Prosecution Service, before moving to New York.

Highly proficient and recognized as an industry leader in EB-5 law, Mona was voted top 25 EB-5 attorneys in the US three years in a row. Mona is a member of the Public Policy Committee for IIUSA and regularly lobbies in Washington DC.

Mona has extensive knowledge of all facets of U.S. immigration law; her practical expertise ranges from specialist business petitions to complicated, multi-issue federal deportation litigation. Mona has handled complex immigration law appeals before the United States Circuit Courts of Appeal for the Second, Third, Fifth, and Eleventh circuits.
Mona was admitted as a Solicitor of the Supreme Court of England & Wales in 1993, and to the New York Bar and the United States Federal Bar in 1997.

Mona Shah & Associates established in 1997 and headquartered in Manhattan, New York, Mona Shah and Associates (MSA) is a Law Firm with an advanced Immigration practice, also specializing in Corporate & SEC. MSA is internationally licensed to practice law in the US, the UK and China.

MSA lawyers have many accolades and awards including being voted in the top 25 attorneys in the US, they have been interviewed and quoted by mainstream newspapers, including the New York Times, mainstream TV channels (Al Jazeera, Fox Business News); they have published books, written and spoken extensively on US Immigration law both in the US and overseas. The firm produces their own podcast series. Ms. Shah is also an adjunct professor at Baruch College, City of New York where she teaches EB-5.

You have a unique opportunity to meet and get a personal consultancy from Mona Shah at our international conference and exhibition InvestPro Cyprus, Limassol 2017 – 21-22nd of June.