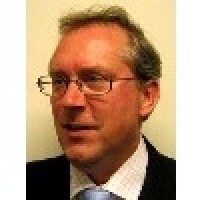 Helmar started his career in international tax with one of the predecessor firms of Ernst & Young in 1987. He is now based in Amsterdam and has spent more than 10 years on assignments to foreign offices of Ernst & Young, among others heading up the Dutch Desks in Paris and New York. After returning from the US in 2002, Helmar was asked to lead a new initiative of Think Tanks across Asia. As a result, his client base has shifted from mostly US based clients to predominantly European and Asian MNC's, investing around the globe. Helmar is well recognised as one of the firm's specialists in cross border planning between Europe and Asia, and has been instrumental in driving the growth in this segment of the firm's business.
Apart from his focus on Asia, Helmar advises many Dutch and International MNCs, sovereign wealth funds and private equity groups on international tax. He is a specialist in structuring cross-border investments, with extensive experience in optimising efficiencies from a transaction process point of view as well as from a tax benefits point of view. As a Dutch tax lawyer, he is used to coordinating the global planning and implementation of large corporate acquisitions and reorganisations.
Always on the forefront of new developments, Helmar is a member and chair person of many Think Tanks hosted by Ernst & Young in Europe and Asia. He is also a frequent lecturer at Ernst & Young's international tax conferences and knowledge programmes.
Over the years, Helmar has developed a specialty interest in real estate, and counts among his clients many international real estate funds investing into the world via The Netherlands.
Helmar is a member of the Dutch Tax Bar Association (NOB) and the IFA. He is a member of the International Tax Committee of the NOB which functions as special counsel to the Dutch Ministry of Finance for tax policy issues and treaty policy.
Helmar has received his Masters degree in economic science from the Erasmus University in Rotterdam, and his Masters degree in law from the University of Amsterdam.
Languages: Dutch, English, French, German.