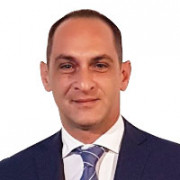 Yiannis Antoniou has started his career in Real Estate in the early 2000 and actively participated in major forums and decision-making bodies affecting the Cyprus Real Estate Skyline.

During the past 20 years he led in the design, implementation, and Representation of major developments in Cyprus both locally and abroad.  Further to his academic activities in Business he pursued further professional studies in Real Estate, Insurance, bank assurance and investment advisory like the LUTCF, FIREC and CFA.

Moreover, he has actively participated in many representative bodies of the industry like the International Real Estate federation where he served in numerous international board positions, including as member of the board of Directors as well as the chairman of the  local Cyprus chapter.

During the years 2012 to 2014 he served as Delegate to the United Nations ECO-SOC (Geneva) and between 2010 and 2013 as representative of the industry, consultant to the Cyprus House of Representatives for legislations affecting Real Estate. From 2016 he Served Ayia Napa Marina – The leading Real Estate development of the Island, from the position of Sales manager and now as acting Head of Sales.

Ayia Napa Marina is the realization of the dream and vision of the project’s partners, Cypriot Gerasimos Caramondanis and Egyptian investor Naguib Sawiris.

Both genuine leaders in their respective fields, and with over 80 years of combined experience between them, the two family-run businesses have joined forces to implement a long-term strategic plan aiming to set a new standard for luxury beachfront marina living. Gerasimos Caramondanis and Naguib Sawiris share the vision of making Ayia Napa Marina the new premier living & yachting destination in the Mediterranean.