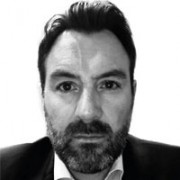 Richard Hallam is a dual citizen of Grenada and Great Britain. His 30 years work experience have taken him to every continent, but his pied-àterre for the last 15 years is on the Caribbean island of Grenada. Originally a hotelier, Richard branched out into development, real estate and more recently; business advisory. He has played a multifaceted role in the development scene of Grenada, working initially in the acquisition and development of multi-use projects and later with government and developers in the creation of the Grenada CBI (Citizenship-By-Investment) program as a Special Advisor to the Inward Investment Office. Richard has seen a Caribbean CBI program from concept to operation and worked alongside government, CIU offices, agents and developers. He is an Approved Marketing Agent of the Grenada CBI program and with his direct, insider, on island knowledge and close working relationships with all major developers and local agents, he currently hold then position of CBI Director for Ora Caribbbean - Developers of Silversands Grenada.