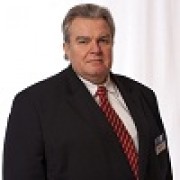 BDO Zelmenis&Liberte was founded on August 1, 2007, when Janis Zelmenis and Vita Liberte left top-level managerial positions in the international audit firm Deloitte Latvia to open their law office in Riga, Latvia. They had known each other for 11 years, gaining valuable experience and earning stellar reputations while working for Pricewaterhouse and Deloitte. Together they have devoted themselves to providing superior service and advice to their local, as well as international, clients.

Latvia, a new holding and residence paradise on the horizon