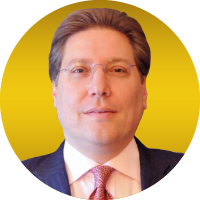 Christos Vardikos is an Athens based Attorney at Law and the Honorary Consul for the Commonwealth of Dominica in the Hellenic Republic, acting also as Special Advisor to the Honorable Prime Minister of the Commonwealth of Dominica for Maritime Affairs. He is the Vice President of the Greek Consular Corps. Prior appointment to his current position was the Honorary Consul for the Republic of the Marshall Islands in Greece. He is a Member of the Athens Bar Association, accredited to the Supreme Court, and has published extensively articles on various aspects of Greek Law. He has presented papers in more than 80 international conferences for topics related to Immigration, Maritime Law and Intellectual Property. He managed the boutique law firm Vardikos & Vardikos with associated offices in Cyprus, Dominica, Antigua & Barbuda, Saint Lucia and Grenada.