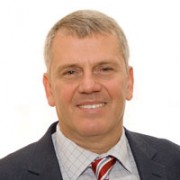 Volodymyr Shkred graduated with the LL.M. degree from the Kyiv Shevchenko University School of Law, Central European University School of Law (Budapest, Hungary) and the Pennsylvania State University Dickinson School of Law, USA. He started his career as a junior lawyer in a Ukrainian law firm in Kyiv where he was involved in investment projects and disputes resolution including the arbitration resolved under the ICSID Arbitration Convention. Further in his career Volodymyr Shkred acted as a head of legal and general counsel for MTS Ukraine (now Vodafone Ukraine) and SUN Interbrew Ukraine (now InBev) and a legal intern with Mary Kay Inc. (Dallas, TX). Volodymyr is fluent in English, Ukrainian and Russian and he has working knowledge of German and Hungarian.

From 2008 Volodymyr had returned to independent legal practice as a partner in a major Ukrainian law firm and then – as a founder of his own law office. Mr. Shkred has gained his experience in cross border dispute resolution (including arbitration), cross-border banking (with emphasis on trade finance and secured lending), cross-border mergers and acquisitions, cross-border investments and investment disputes with mutual funds, disputes involving corporate fraud and trademarks fraud, corporate insolvency, restructuring and winding-up.

A few projects are worth mentioning for illustration:

In Cyprus and the United Kingdom a full range of services is carried out through our network of licensed professionals and partners:

Direct partner involvement throughout the process of a project ensures a timely delivery and secures achievement of your business objectives.