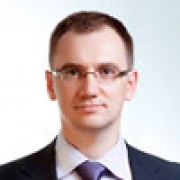 Peter Shevtsov is a partner at "EMPP" Law firm in Moscow. During past 10 years, Peter specializes in Mergers and Acquisitions.

Within five years, Peter worked at international law firm, where, in particular, he represented the interests of Igor Yakovlev, founder of "Eldorado" retail network, in a deal with PPF Group; “Maslov PR” company, a Russian PR-agency , while incorporation of a joint venture with Ketchum; Lincoln Electric Holdings company in the acquisition of private Russian welding consumables manufacturer in Mtsensk.

In 2003-2006 Mr. Shevtsov was legal adviser of JSC "Severstal". In 2006-2008 he headed legal department of "Sveza" company. At that period Mr. Shevtsov participated in acquisition of Perm & Manturovsky plywood mills, as well as the creation of a joint venture with UPM for the construction of pulp, lumber and OSB production plants in Vologda region, estimated at 1.2 billion euros.