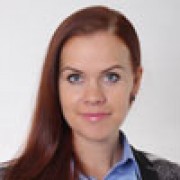 Nadja Miles has received her first study degree in the University of Corvinus in Budapest in the area of International Relations, where she continued to study for the PhD degree in International Law. After receiving the PhD degree she continued her studies at the Diplomatic Academy in Vienna. From 2008 to 2011 she worked as a representative of Hungary in the Commission of International Trade of the European Parliament. In 2011 Nadja Miles was invited to the company 5 Stars Europe for the post of Vice-President, this position she holds until today. Owing to the knowledge, experience and close ties with the European political elite of Nadja Miles, since 2011 the company begins its rapid development, receives its first governmental licenses on investment second citizenship and residence planning programs.