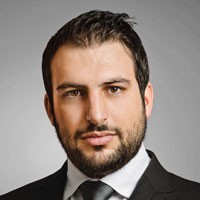 Christos is specialized in corporate and private clients’ tax issues with an international dimension, such as private equity structuring, cross-border investments, structured finance and international trade.

Christos is a member of the Institute of Chartered Accountants in England & Wales (ICAEW), the Institute of Certified Public Accountants in Cyprus (ICPAC), and an International Tax Affiliate of the Chartered Institute of Taxation (CIOT). He qualified with KPMG (Cyprus) and holds a 4-year Bachelor’s Degree in Economics and the Advanced Diploma in International Taxation (ADIT) of the CIOT. Christos also holds the Transfer Pricing certificate of the CIOT. Christos is currently attending the Oxford MSc in Taxation a two-year part-time postgraduate degree offered by the Oxford University Faculty of Law.

Christos is also a freelance lecturer for Tolley Exam Training (part of LexisNexis), where his main areas being ADIT Paper 1 Principles of International Tax. Christos is a well-known personality in the tax world, where he is a regular speaker on a wide range of conferences.  Given his love of tax and lecturing he has also been at the forefront of developments in the Cyprus tax market by launching the first International Tax Academy in Cyprus by providing ADIT courses for the last 7 years in Partnership with Tolley and PS Institute.