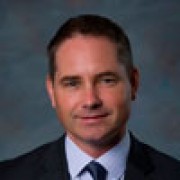 Benjamin Booker is Head of Trust for Caledonian Trust (Cayman) Limited, Caledonian’s Flagship section of the Group established in 1970 in the Cayman Islands.

Mr. Booker is a qualified attorney, being called to the Law society of Upper Canada in 2003, and admitted as a solicitor in the Cayman Islands in 2007.  He obtained his Bachelor of Arts (Law) from Carleton University in 1998 and Bachelor of Laws from the University of Windsor in 2002.  He also obtained the T.E.P. accreditation from the Society of Trust and Estate Practitioners in 2010.

Mr. Booker practiced law for six years at firms in both Canada and the Cayman Islands prior to being appointed as General Counsel of an independent trust company in Grand Cayman where he would eventually also serve as managing director.

Mr. Booker has sat on boards of various multi-national investment corporations and holding structures.  He has taught as an adjunct professor of law at the University of Western Ontario Law School and while attending university in Ottawa, Ontario served as an intern on Parliament Hill for the Government of Canada.