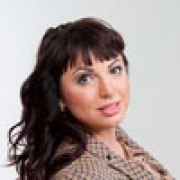 Originally from Baltic States and raised in UK, Alexandra holds BA in Modern Languages (Linguistics) and Law. After working as a bank compliance officer for non – resident client department, she has joined NTL Trust Limited in 2006 as an international banking consultant for retail clients.

Starting from 2012 Alexandra has worked also as Citizenship by Investment Consultant within NTL.

In 2014, on the peak of Citizenship by Investment Real Estate boom, Alexandra has been promoted to a position of Development Director in CIS and Baltics for CREI – the Real Estate Division of NTL Trust Group.