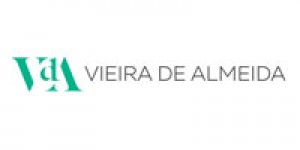 VdA is an independent Portuguese law firm with 350 plus staff and a strong experience in various industries, such as Energy, Banking and Finance, Real Estate and TMT. Over the past 40 years, VdA has been involved in a significant number of pioneering transactions in Portugal and abroad, in some cases together with the most relevant international law firms, with whom we have a strong working relationship. The recognition of VdA’s work is shared with our team and clients, and is reflected in the awards achieved, such as: the “Financial Times 2015 Game Changing Law Firm in Continental Europe”; the “Financial Times Innovative Lawyers in Continental Europe 2013 and 2016”; the “Most Active Law Firm” awarded to VdA by Euronext for six consecutive years, including 2017; the “Portuguese Law Firm of the Year 2015 and 2016” awarded by the IFLR; the “Portuguese Law Firm of the Year 2016” and “Client Service Law Firm of the Year 2017” awarded by Chambers & Partners; the “Iberian Firm of the Year 2017” awarded by The Lawyer; and the “International Firm of the Year 2017” awarded by Legal Business. VdA, through its VdA Legal Partners (which encompasses all lawyers and independent law firms associated with VdA for the provision of integrated legal services) is actively present in 11 jurisdictions that include all African members of the Community of Portuguese-Speaking Countries (CPLP), as well as Timor-Leste and some of the francophone African countries. For more information, please visit our web site www.vda.pt.