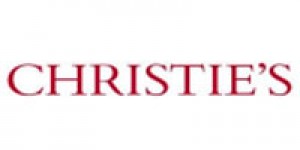 Christie’s, the world's leading art business, had global auction and private sales in the first half of 2013 that totaled £2.4 billion/ $3.68 billion. In 2012, Christie’s had global auction and private sales that totaled £3.92 billion/$6.27 billion making it the highest annual total in Christie’s history. Christie’s is a name and place that speaks of extraordinary art, unparalleled service and expertise, as well as international glamour. Founded in 1766 by James Christie, Christie's has since conducted the greatest and most celebrated auctions through the centuries providing a popular showcase for the unique and the beautiful.

Christie’s offers over 450 auctions annually in over 80 categories, including all areas of fine and decorative arts, jewellery, photographs, collectibles, wine, and more. Prices range from $200 to over $100 million.Christie's also has a long and successful history conducting private sales for its clients in all categories, with emphasis on Post-War and Contemporary, Impressionist and Modern, Old Masters and Jewellery. Private sales totaled £465.2 million ($711.8 million) in the first half of 2013, an increase of 13% on the previous year, and for the third successive year represents the highest total for the period in both company and art market history.Christie’s has a global presence with 53 offices in 32 countries and 12 salerooms around the world including in London, New York, Paris, Geneva, Milan, Amsterdam, Dubai, Zürich, Hong Kong, Shanghai, and Mumbai. More recently, Christie’s has led the market with expanded initiatives in growth markets such as Russia, China, India and the United Arab Emirates, with successful sales and exhibitions in Beijing, Mumbai and Dubai.