UAE, Bahrain among world's most improved countries for SMEs 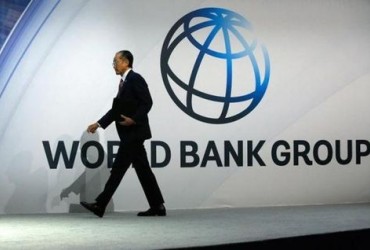 The UAE and Bahrain have been named among the world's top 10 most improved economies for adopting reforms that make it easier to start and operate small and medium-sized businesses.

The World Bank Group's annual report on the ease of doing business said the Gulf countries were among a record 137 economies around the world which have adopted key reforms to improve conditions for SMEs.

The report said that the world's top 10 improvers, based on reforms undertaken, are Brunei Darussalam, Kazakhstan, Kenya, Belarus, Indonesia, Serbia, Georgia, Pakistan, the UAE and Bahrain.

It said the Middle East and North Africa region saw the most reforms implemented in the past year since 2009, with 35 reforms in 15 of the region’s 20 economies.

Despite the strong performance by the UAE and Bahrain, the region features the greatest gender disparities, with 70 percent of the economies creating barriers for women entrepreneurs.

It found that developing countries carried out more than 75 percent of the 283 reforms in the past year, with sub-Saharan Africa accounting for over one-quarter of all reforms.

The report cited research that demonstrates that better performance in Doing Business is, on average, associated with lower levels of income inequality, thereby reducing poverty and boosting shared prosperity.

"Simple rules that are easy to follow are a sign that a government treats its citizens with respect. They yield direct economic benefits - more entrepreneurship; more market opportunities for women; more adherence to the rule of law," said Paul Romer, World Bank chief economist and senior vice president.

"But we should also remember that being treated with respect is something that people value for its own sake and that a government that fails to treat its citizens this way will lose its ability to lead."