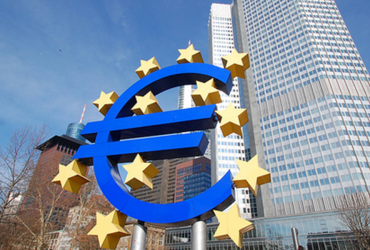 The European Union is raising the pressure on global banking regulators to ease proposed capital rules in an effort to protect lenders and the economy from major new costs.(Bloomberg)

The European Parliament will add its voice next week to a chorus of resistance from EU regulators and policy makers including German Finance Minister Wolfgang Schaeuble. Lawmakers plan a Nov. 10 vote on a resolution that urges international standard-setters to ensure the new rules won’t drive up capital requirements or exacerbate differences between countries.

“We want to give this clear message before the standard is defined and we will be called to transpose it” into EU law, said Roberto Gualtieri, head of the parliament’s Economic and Monetary Affairs Committee. Lawmakers want to ensure there is a “level playing field” between U.S., European and other jurisdictions, he said in a Nov. 3 interview in Berlin.

The planned vote is the latest step in an increasingly public campaign by European politicians and regulators for changes to the rules that determine how banks assess the riskiness of assets and how much capital they need as a result. The proposals have become a flash point between regulators from Tokyo to Washington about how to put the final touches on changes to the post-2008 crisis rule book.

The Basel Committee on Banking Supervision, whose members include the European Central Bank and U.S. Federal Reserve, is trying to complete the standards by the end of the year. The committee pledged in January that it wouldn’t increase overall capital requirements significantly in the process.

The European Commission, the EU’s executive arm, has called for sweeping changes to the standards. Meanwhile, some European officials at a Basel Committee meeting in September went so far as to say they wouldn’t adopt the proposals on the table unless alterations were made, raising the threat of fragmentation in global regulation.

Banks have warned that the proposals on how they assess credit, operational and market risks would lead to hundreds of billions of dollars in additional capital charges. European banks including HSBC Holdings Plc, Deutsche Bank AG, Societe Generale SA and Credit Agricole SA have led the global lobbying campaign against the proposals, writing letters to regulators, giving speeches and warning about the impact of the rules on earnings calls all year.

In a draft of the resolution, the parliament stresses that the Basel Committee’s revision of capital standards should respect the promise to avoid a significant increase in capital requirements and to preserve the level playing field.

The assembly “is concerned that the reform package at its current stage might not be in compliance with those two above-mentioned principles, and calls on the ECB to ensure their respect in the new standard,” the draft states.

In remarks prepared for a meeting with European lawmakers last month, William Coen, the secretary general of the Basel Committee, said regulators will be “measured and deliberate” in finalizing capital rules.