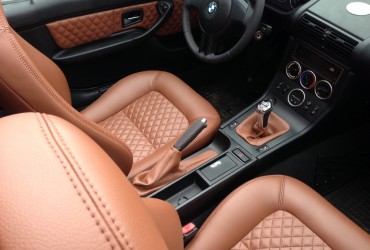 Ukraine has earned the liberalization of the visa regime with the European Union, because it has fulfilled all the conditions.

«Liberalization of the visa regime is extremely important. Ukraine has earned that right and it would be fair. 144 criterion is met, and we have a positive report of the assessment mission. And I hope that in early October the European Parliament will vote in favor of this decision», – said Poroshenko.

The Polish company Groclin, the manufacturer of upholstery for exclusive versions of Porsche and BMW autos, will move its factory to Ukraine.

The main reason for relocation is that Ukrainian labor is cheaper, in comparison to Poland. In Ukraine, salaries are approximately two times lower than in Poland.

"In the future, most of the production will be done in Ukraine. In 2017, we will produce about 60% of our goods at the Ukrainian enterprises," said the CEO of Groclin, Andre Gerstner.

Production has been moved to Uzhhorod. The company already has a manufacturing area in Zakarpattia, which is planned to be extpanded. Groclin also has a plant in Dolyna– a small town in the Ivano-Frankivsk region, UBR reports.

Groclin is not the only company to decide to produce automobile accessories in Ukraine. For about ten years, car interiors for BMW and Audi have been sewn by the company Bader Leather in Horodok, a town in the Lviv region.