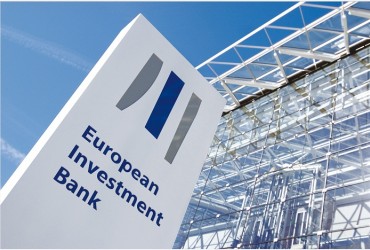 Since 2011, the European Investment Bank (EIB) has invested in Cyprus €1.3 billion, or approximately €260 million per year, said the EIB Vice-President Jonathan Taylor.

He added that one of the reasons that Cyprus has not participated in the so-called Juncker plan, is the fact that the EIB has already successfully distributed since 2014 funding for SMEs through the banks that are active in Cyprus.

Taylor made his remarks after the signing of two loan agreements with the Minister of Finance, one valued at €40 million to finance a water pipeline from the Vasilikos Desalination Unit to Nicosia, and another valued at €15 million to fund anti-flooding works within the framework of the Larnaca Sewage System.

The EIB, said Taylor, has been active in Cyprus for 35 years, long before Cyprus joined the EU.

“During these years we have supported more than 50 projects through loans of more than €2.7 billion. Since 2011 EIB invested €1.3 billion or €260 million per year”, he noted.

Taylor made special mention of the fact that Cyprus has so far not taken part in the so-called Juncker Investment Fund.

“Let me start by expressing once again our commitment in supporting the right investments in the country which could benefit from EFSI,” said Taylor.

He continued: “At the same time, I would also like to make a point that one of the reasons why we have not yet signed an EFSI deal in Cyprus is that, with the support of the Government, we have been very successful in supporting viable small and medium sized businesses, through the EIB’s Scheme for SMEs and MidCaps; an instrument, which is not EFSI.”

“Since 2014, EIB signed €350 million with 10 local banks and through our local partners, some 150 enterprises have received more than 150 million Euros for their investments. Viable enterprises which promote eligible investments are benefiting from interest rate of as low as 2.60% and tenors which reach 12 years, while before the implementation of this Scheme interest rates were well above these rates,” Taylor said.

The EIB Vice-President went on to reassure that the Bank is looking to find important works which fill the criteria for funding within the EFSI framework, and called on businesses which have such investments in mind to come into contact with the EIB.

The Minister of Finance, Harris Georgiades, said that “without exaggeration, I would say that the EIB, the Bank of the EU, is funding development.” He went on to add that the EIB “has been for our country a very basic, determining ally and supporter in our effort to exit the recession, and to stabilise our economy, to create once more positive prospects and return to positive growth rates.”

Minister of Agriculture Nicos Kouyialis said regarding the desalination pipeline from Vasilikos to Nicosia that the project is “of vital importance and will cover the water needs of the wider Nicosia District for the next 30 years, regardless of weather conditions.»

“The project, costing a total €54 million includes the construction of 167 kilometres of pipelines, pumping stations and other supporting infrastructure, with the ability of transporting over 50,000 cubic metres of desalinated water per day to cover the needs of the city of Nicosia and the 28 communities of the western Nicosia District”, the Minister of Agriculture added.