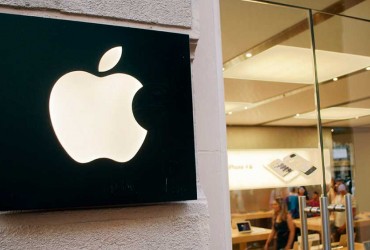 Apple Inc. has held talks about investing in a $100 billion fund being raised by Japanese internet and telecommunications giant SoftBank Group Corp., a move that would put Silicon Valley cash—and cachet—into what would be the world’s largest technology fund.

Apple and SoftBank have discussed an investment of up to $1 billion, according to people familiar with the matter, who cautioned that nothing has been finalized. The status of the talks couldn’t be learned.

An Apple investment would connect the world’s most valuable company—Apple’s market value is nearly $600 billion—with one of the world’s largest pools of investment capital.

The SoftBank Vision Fund, which aims to launch next year, is targeting $100 billion and is seeded by SoftBank, one of Japan’s largest mobile-phone providers and owner of SprintCorp. It marks an ambitious effort by SoftBank Chief Executive Masayoshi Son to position his company as a leader in emerging technologies like artificial intelligence and the Internet of Things, in which everyday objects such as thermostats, watches and cars are connected online.

By investing, Apple also would hope to gain insight on emerging technologies, the people familiar with the matter said.

Such a move also would reflect a shift in Apple’s investment strategy, which until recently focused on small stakes in young technology companies. Earlier this year, Apple invested $1 billion in Didi Chuxing Technology Co., China’s homegrown ride-sharing competitor to Uber Technologies Inc. SoftBank is also an investor in Didi.

“We’re constantly looking on the outside for great talent and great intellectual property,” Apple Chief Executive Tim Cook said on a conference call in July.

SoftBank itself is investing at least $25 billion in the fund and is finalizing an investment of up to $45 billion from Saudi Arabia’s government fund. The sovereign-wealth fund of Abu Dhabi also is weighing a large investment, according to people familiar with the matter.

Mr. Son said last week after a meeting with President-elect Donald Trump that he plans to invest up to $50 billion of the fund in the U.S.

Apple and SoftBank have business ties stretching back nearly a decade. In 2008, the companies struck a deal to make SoftBank the exclusive iPhone seller in Japan. The partnership drove record sales, helping to make SoftBank Japan’s third-largest cellular carrier by 2011.

Mr. Son has praised late Apple CEO Steve Jobs, whom he once compared to Leonardo da Vinci, and remains close with Mr. Cook. SoftBank distributes iPhones and iPads to its approximately 20,000 employees, and Mr. Son has said he rarely touches a PC.

Mr. Son also is close to Terry Gou, the head of Taiwan’s Foxconn Technology Group, which manufactures most iPhones. After his meeting with Mr. Trump last Tuesday, Mr. Son was photographed carrying a paper with Foxconn’s logo next to SoftBank’s. Earlier this year, SoftBank bought U.K.-based microchip manufacturer ARM Holdings PLC, a major supplier of microprocessors for the iPhone.