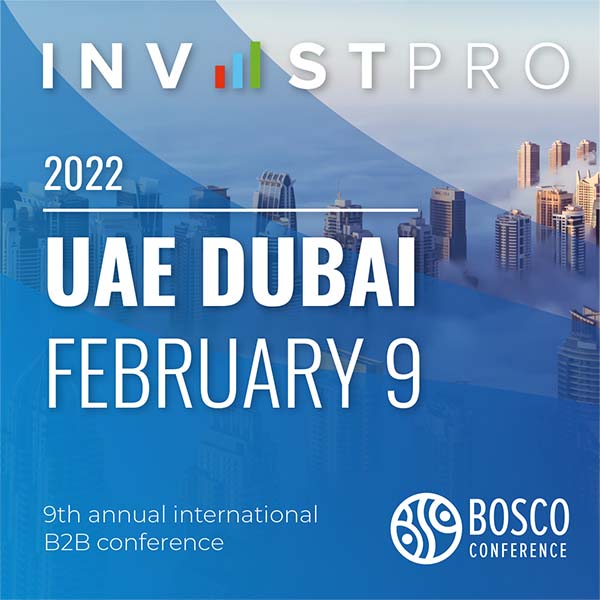 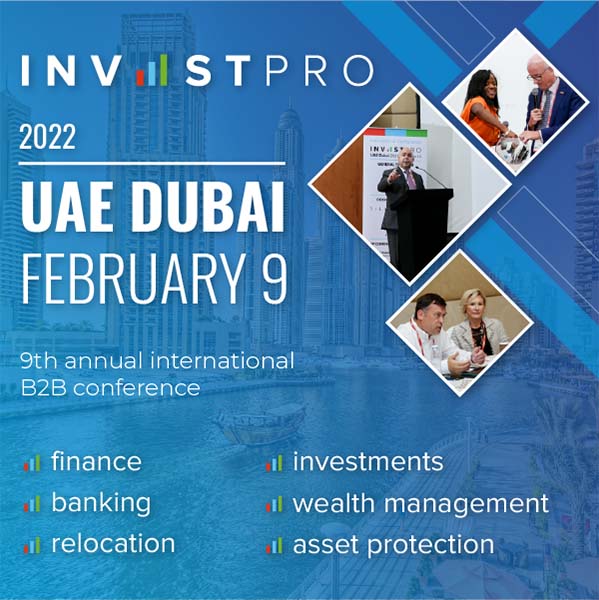 The Three Secrets Of Buffett

Buffett is a great investor. Yet, like many greats, a lot of his success comes from diligent implementation of others' ideas. In fact, he frequently boils down the essence of his approach to three book chapters from just two timeless books. Both these classic books are over 50 years old, but are still in print, and remain just as relevant today as when they were published. This wisdom has stood the test of time. If it’s worked for Buffett, it may work for you. Nonetheless, there's no easy short-cut, Buffett is very clear that understanding the content from these chapters is the easiest part. It's tirelessly following this advice with your own investments for the long-term that takes real discipline.

The first book, from which Buffett strongly recommends two chapters, is the Intelligent Investor first written by Benjamin Graham in 1949. Graham is regarded as the father of value investing, and Buffett's most important investing mentor.

The key thing to understand from Chapter 8 of the Intelligent Investor is the difference between investment and speculation. Investing is buying stocks for less than they are fundamentally worth. This makes sure that you don't overpay. On the other hand, speculation is trying to predict the timing and nature of uncertain future events. If you are trading frequently, and thinking about dramatic future events rather than the steady plod of past outcomes, then you are probably a speculator, in the eyes of Graham.

The problem with speculation is that is it very hard to do because it requires forecasting. Specifically Graham writes that it “absurd" to think that the average person will be a successful market forecaster, and it's precisely when forecasting concepts become popular that they cease to work.

This is because the markets are dynamic. If people change their behavior, such as seeing a particular forecast works and start following it, then that action will impact the ability of the forecast to impact the markets in future. For example, maybe a particular piece of data worked in the past because few traded on the information. Yet, now, it's popular and so many people are now monitoring and trading on that information. As a result it has less forecasting power. This makes it exceptionally hard to be an effective forecaster as the markets are always changing and history will never exactly repeat itself as markets adapt. It is because speculation is unlikely to work for most people that Graham advocates investing based on company fundamentals.

Graham also observes that better companies are often more speculative as investments. This because their prices typically include an expectation of future growth or margin expansion. This means that today value investors, in the Graham sense, are likely to avoid the likes of Tesla and Amazon which trade at relatively high valuations requiring positive expectations of years of future results.

Instead Graham would focus on companies that trade at a clear discount to their historic earnings and current assets. These companies are often less glamorous and exciting. Of course, this is not the only way to invest, but it is the approach that value investors such as Graham and Buffett generally follow.

Another key point from Chapter 8 is the challenge of liquidity. Liquidity means that stocks always have a price whenever the markets are open. This can be useful if you need to sell in a hurry. However, Graham thinks that liquidity, and the down to the second price quotes, can become a big and unwelcome distraction.

The price the markets quote on any given day does not necessarily bear any relation to the long-term business value.  Therefore, it's wrong to think that just because a price is quoted, it has meaning to the value investor. Graham believes that value-oriented investors should be more concerned with fundamental measures of valuation, such as a companies assets and earnings, and less preoccupied with the daily price swings. In essence, the core message here is focus on long-term value when investing, not short-term events.

The key concept from Chapter 20 of Intelligent Investor , Buffet's second chapter recommendation, is the idea of a margin of safety when investing. Graham describes a margin of safety as a "Cushion to tide you through adversity." Basically Graham is looking for a “Bargain” relative to “appraised value” with reasonable future projections. Graham suggests two thirds of value is about the level investors should be targeting to pay for any investment. So ideally you should find a company that appears to you to be worth $100, and pay $66 for it. This ties back the idea from chapter 8 that forecasting is a challenge, and any company can hit hard times, nonetheless with a margin of safety you have an ability to weather these storms without necessarily losing money because you purchased at a discount to what the company is really worth. It makes it harder to lose money with your investments.

However, one challenge with this concept firstly determining what any company is worth, but secondly current U.S. stock market valuations. At present within the S&P 500 just four firms, or less than 1%, trade below two thirds of their book value. Book value is a balance-sheet based measure of shareholders' assets. This is part of the challenge of value investing over recent decades, as value investing has become a more popular concept, so finding companies that truly offer a margin of safety among large U.S. firms today is challenging. It's possible that this tells as that U.S. stocks are too expensive, rather than highlighting a flaw in Graham's investment approach.

Also, Graham's investment scope is quite broad. In his view, there are few bad investment options, only unattractive prices. Anything can be a sound investment if it has fallen enough. For example a low-quality bond that was risky at par, becomes a sound investment if it has fallen 90% in price. This point is one on which Buffett and Graham take slightly different views, Buffett now looks for a degree of long-term quality in the companies he owns. However, it is possible that Graham too, may have evolved his style in the current market. The core message here is don't buy a stock because you like the CEO, or because they are launching exciting products. Buy a stock because it's currently trading for significantly less than it's fundamental value. 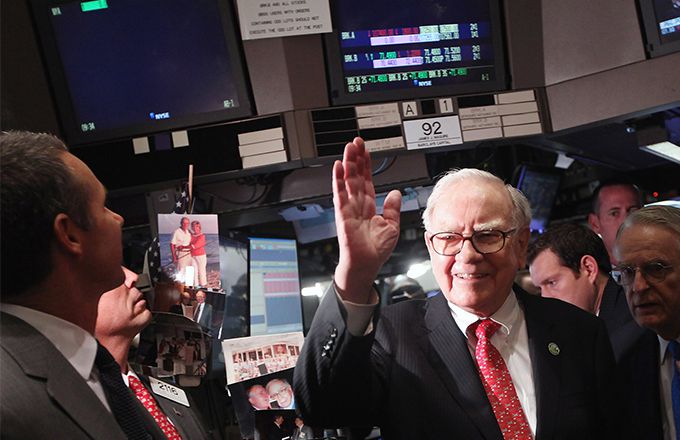 Can you focus on the long-term in the markets with so much short-term news? Photographer: Michael Nagle/Bloomberg

In chapter 12 of John Maynard Keynes classic General Theory, Buffett's final chapter recommendation, Keynes discusses investing. Though, the primary focus of the book is economics. First Keynes talks about the dangers of frequent trading and the benefit of thinking long-term in the markets. He uses the example of a farmer, who looks at the barometer in the morning, sees undesirable weather, and then decides to sell his farm at 10am, only to then buy it back at 11am. Clearly the example of selling an entire farm for 60 minutes is pretty absurd, but isn't too different to the popularity of day trading in the financial markets.

In a similar way, Keynes thinks that investing can be like a game of Old Maid or musical chairs, where investors are trying to pass on a losing investment to a greater fool. He also uses the example of a game that used to appear in newspapers, where the aim was to pick which portraits the average person will find most appealing. This is clearly quite a challenge, because you need to pick not the best photos, but forecast what the average person will think the average person thinks. The iteration involved here can get quite complex, depending on how sophisticated you believe other participants in the game to be. Keynes believes the way that the stock market operates is similar.

Basically Keynes argued that these short-term games in the market should be ignored and a good investment should be long-term, "like marriage". Keynes actually argues that markets may perform better if the costs of trading are higher, so investors are forced to become more long-term in their thinking. However, like Graham, Keynes also acknowledges that long-term forecasts are often not worth the paper they are written on with the accuracy of such forecasts being "very slight". In practice, Keynes views the markets as excessively short-term and not always sufficiently informed.

He also makes the important point that liquidity can be thought of an illusion. Yes, if a single person wants to sell a few shares in a company, they can do so without much impact on the price. However, if all investors wanted to sell their holdings at the same time, there would likely be no liquidity. As such you cannot guarantee that liquidity is there when you need it. In fact, this was part of the problem during the 2008 financial crisis.

The above are summaries of three classic chapters on investing and the ideas within them have underpinned Buffett's impressive investing track record. However, reading Graham's classic The Intelligent Investor in full is strongly recommended. Even within the chapters Buffett lists, there are important nuances that the summary above excludes.

Nonetheless, another crucial point that Buffett makes is that reading the information is fairly straightforward, but practising these ideas in your own investing takes patience and discipline when set against the torrent of financial news and daily market gyrations.