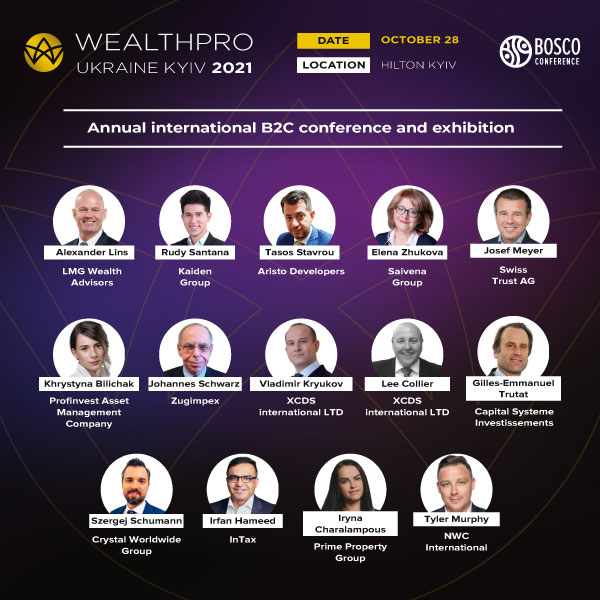 Has Your Country's Tax Ranking Dropped?

Has Your Country's Tax Ranking Dropped?

A couple weeks ago, Tax Foundation released its ITCI for 2016 and the results showed little changes at the top; as in 2015, Estonia appears in the poll position thanks to top scores in corporate, property and individual taxation.

In terms of the ITCI’s methodology, Tax Foundation pays close attention to each tax system’s level of competitiveness and neutrality.

ITCI author Kyle Pomerleau refers to a high level of competitiveness in a tax code as setting “marginal tax rates low,” which encourages businesses to “look for countries with lower tax rates on investment in order to maximize their after-tax rate of return.”

As for neutrality, Pomerleau explains, “a neutral tax code is simply one that seeks to raise the most revenue with the fewest economic distortions,” without being partial to “consumption over saving, as happens with investment taxes and wealth taxes.”

Overall, he writes, “a tax code that is competitive and neutral promotes sustainable economic growth and investment while raising sufficient revenue for government priorities.”

Estonia Has the Best Tax System Among OECD Nations

As mentioned above, Estonia once again topped the ITCI rankings.

According to Pomerleau, Estonia excels for four particular reasons: 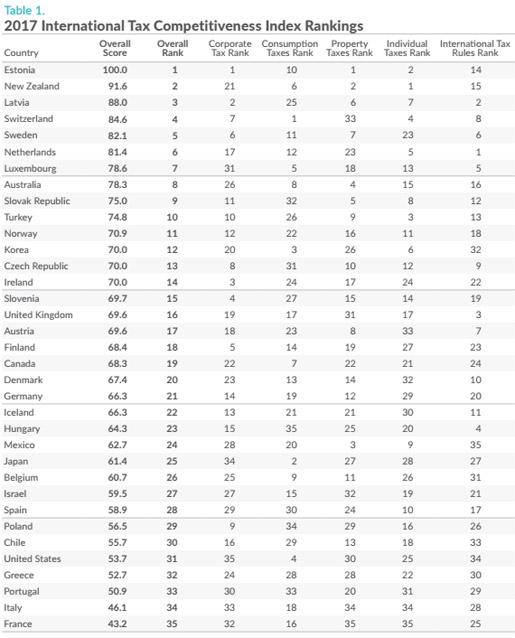 Estonia was followed by New Zealand, which benefits from “a relatively flat, low-rate income tax that also exempts capital gains (with a combined top rate of 33 percent), a well-structured property tax, and a broad-based value-added tax.”

Rounding out the top four were Latvia and Switzerland, both countries with relatively low corporate tax rates and a somewhat flat individual income tax.

As during the past three years, France appears dead last thanks to “one of the highest corporate income tax rates in the OECD (34.4 percent), high property taxes, an annual net wealth tax, a financial transaction tax, and an estate tax.”

Greece was the biggest loser this time around, dropping from 28th to 32nd as a result of a three percent hike to its corporate tax rate, a five percent raise to its top marginal income tax rate, and the introduction of a “solidarity charge” applied to individual income.

Spain, on the other hand, gained four spots and moved from 31st to 27th, courtesy of several improvements to its tax system.

According to Pomerlau, Spain lowered its corporate tax rate to 28 percent, as well as its capital gains and dividend tax rates to 23 percent.

Furthermore, the Spanish government “reduced its top marginal tax rate on ordinary income from 52 percent to 46 percent, and flattened the tax system by applying its top rate to income over 2.4 times the average national income, down from 11.6 times.”

What do you think of your jurisdiction’s ranking? Do you foresee any improvements to its ranking in next year’s edition?