Forbes 400 2018: A New Number One And A Record-Breaking Year For America 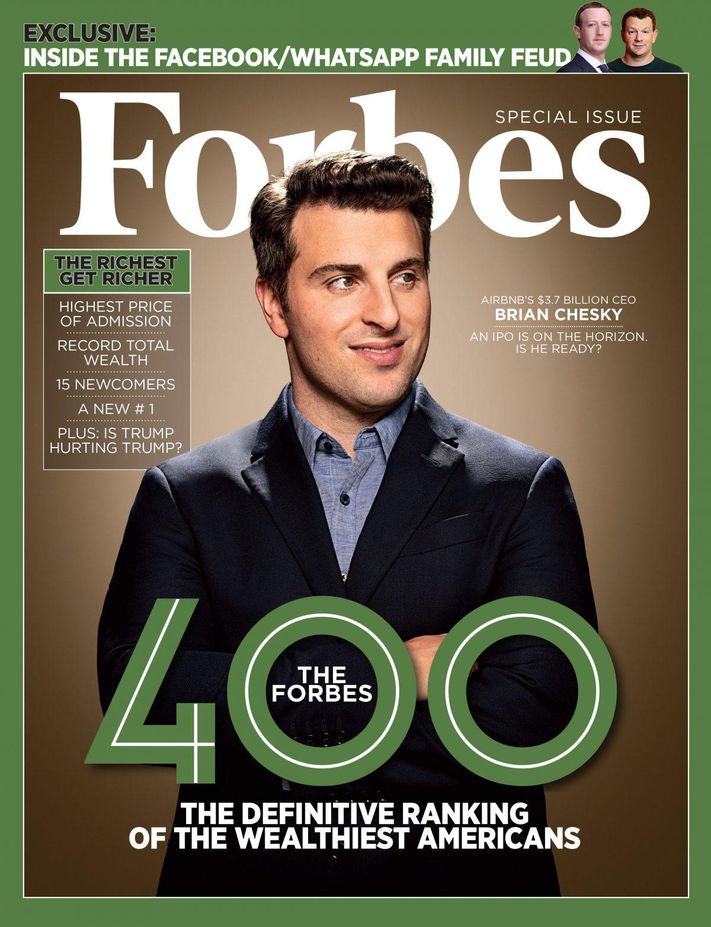 Buoyed in part by a strong stock market, the 400 wealthiest Americans delivered yet another record-breaking year. The minimum net worth needed to join this elite club climbed to $2.1 billion, $100 million more than last year and the highest to date. The group’s total net worth rose to $2.9 trillion, a record high and 7% more than in 2017. The average net worth of a list member: $7.2 billion, up from $6.7 billion last year. That average is boosted by those at the very top of the list: half of the total wealth is held by the 45 richest people in the country.

For the first time since 1994, there is a new No. 1: Amazon.com founder and CEO Jeff Bezos, who broke Bill Gates’ 24 year run at the top. Bezos is also the first person to appear in the ranks with a fortune of more than $100 billion --he clocked in at $160 billion. Bezos was also the biggest gainer on this year’s list: his fortune rose $78.5 billion since last year, thanks to the more than 100% runup in the price of Amazon stock, the biggest one year gain since we’ve been tracking fortunes. Gates, now ranked No. 2, trails Bezos by a notable $63 billion. The top 10 richest on the list are together worth nearly $730 billion, up from $610 billion in 2017. At these lofty heights, more than a third of the nation’s billionaires, a record 204, weren't wealthy enough to crack the club.

The biggest gainer in percentage terms is Jack Dorsey, the CEO of Twitter and payments firm Square. His fortune jumped a staggering 186% from last year to $6.3 billion, propelled primarily by a runup in Square’s stock price.

The biggest loser versus last year’s list was George Soros, whose net worth fell to $8.3 billion this year from $23 billion. The reason: in late 2017, Forbes learned that Soros had shifted $18 billion of his fortune to his charitable Open Society Foundations. (Forbes does not count assets in charitable foundations as part of someone’s net worth.)

Donald Trump’s ranking dropped 11 spots to No. 259 on the list, down from No. 248 last year, even as his net worth remained the same from last year at $3.1 billion.

Even at the lofty $2.1 billion entry point, 15 newcomers joined the ranks, with fortunes built in industries as varied as hearing aids, e-commerce and logistics. Twelve of the newcomers are self-made, including Drew Houston, CEO of online file sharing firm Dropbox; Thai Lee, an immigrant from South Korea who built a giant IT reseller; and Ben Chestnut and Dan Kurzius, the cofounders of email marketing firm Mailchimp. Chris Larsen also makes his debut as the first person ever on The Forbes 400 from a cryptocurrency fortune.

The number of women on the 400 list ticked up to 57, including two who cofounded companies and share a fortune with their husband. That compares to 55 women on the list last year (five of those were listed with their cofounder husbands). In addition to Thai Lee, new women entrants include Lynsi Snyder, who inherited and runs popular California-based burger chain In N Out. At 36, she is the youngest woman in the ranks.

The oldest person on The Forbes 400 is Sumner Redstone, age 95, worth $4.8 billion. The youngest is Snapchat cofounder and CEO Evan Spiegel, age 28 and worth $2.2 billion. He is one of just 12 people on list under age 40.

For the first time, we scored each Forbes 400 member on their philanthropic giving, with scores ranging from 1 to 5, 5 being most philanthropic. For details on our scoring methodology, go here. The list can be sorted by philanthropy score here.

Our estimates are a snapshot of the fortunes of America’s wealthiest people using stock prices from September 7, 2018. Some of The Forbes 400 become richer or poorer within weeks, even days, of publication. We track these changes at forbes.com/forbes-400. That's where you'll find more information on list members, as well as photos, the philanthropy score, the self made score  and ongoing coverage of these influential billionaires.

This is the 37th year of the flagship Forbes 400 list. Though we’ve been at it a long time, it’s always a challenge. Our reporters dig deep. This year we started with a list of more than 700 individuals considered strong candidates. When possible, we met with Forbes 400 members and candidates in person or spoke with them by phone. We also interviewed their employees, handlers, rivals, peers and attorneys. Uncovering their fortunes required us to pore over thousands of SEC documents, court records, probate records and news articles. We took into account all types of assets: stakes in public and private companies, real estate, art, yachts, planes, ranches, vineyards, jewelry, car collections and more.

We factored in debt. Of course, we don’t pretend to know what is listed on each billionaire’s private balance sheet, although some candidates did provide paperwork to that effect. Some billionaires presiding over private companies were happy to share their financial figures, but others were less forthcoming. To value the private businesses, we couple revenue or profit estimates with prevailing price-to-revenue or price-to-earnings ratios for similar public companies.

We didn't include dispersed family fortunes. We did include wealth belonging to a member's immediate relatives if the wealth could be traced to a living founder of the fortune. In that case you'll see "& family." We also include married couples who built fortunes and businesses together if combined they were worth more than $4.2 billion, which meant that each member of the couple would be worth the minimum $2.1 billion needed to make the list. In those instances, we list both names. The Forbes 400 is a list of U.S. citizens who own assets in the U.S.