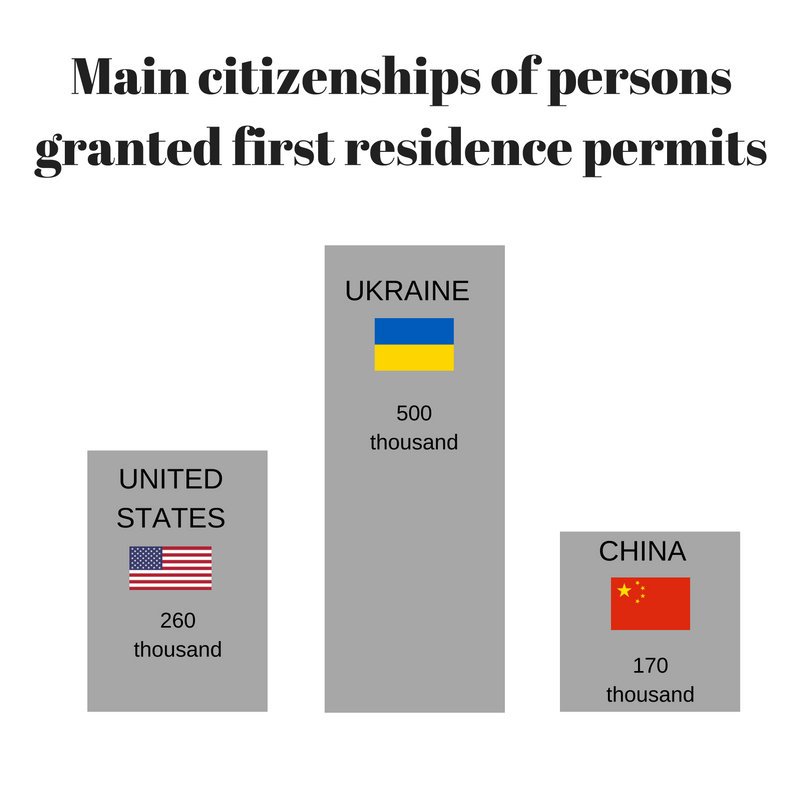 These administrative data on residence permits in the EU are published in a report issued by Eurostat, the statistical office of the European Union.