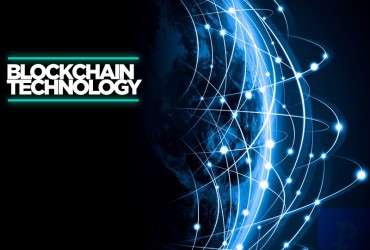 Emirates NBD on Wednesday launched the bank’s pilot blockchain network for banking services, a first for any private sector entity in the United Arab Emirates (UAE).
This was accomplished after it successfully completed a proof of concept blockchain network for international remittances and open account trade finance, in partnership with ICICI Bank Limited, India's largest private sector bank by consolidated assets, and Infosys Finacle, announced His Highness Ahmed bin Saeed Al Maktoum, Chairman of Emirates NBD.
The bank, a front-runner in digital banking solutions and a member of Dubai Future Foundation’s Global Blockchain Council, is currently engaged with trialling blockchain technology across multiple banking and payment services, Sheikh Ahmed revealed.
The use case scenarios range from customer-facing and government transactions to internal systems to harness the blockchain’s exceptional potential to simplify, secure and automate business processes.
"Our pilot project, a first for the banking sector in the UAE, demonstrates the blockchain’s immense potential to change how organisations and governments conduct business. We look forward to further collaboration with the public sector and our private peers to further adoption of this technology in the UAE," he said.
He reiterated the bank’s commitment to support the Dubai’s Smart City vision as articulated by Vice President and Prime Minister and Ruler of Dubai His Highness Sheikh Mohammed bin Rashid Al Maktoum, and the Dubai Blockchain Strategy, launched recently by Crown Prince of Dubai His Highness Sheikh Hamdan bin Mohammad bin Rashid Al Maktoum.
Emirates NBD is a leading banking Group in the region. As at 30th June 2016, total assets were AED 425.8 billion. The group has a significant retail banking franchise in the UAE and is a key participant in the global digital banking industry, with over 90 per cent of all financial transactions and requests conducted outside of its branches "We anticipate the blockchain to be a potential game changer in creating a secure, scalable, cost and time-efficient digital ecosystem for government and businesses and as a bank that has pioneered a digital innovation in banking and payments in the UAE, we are truly excited to take the lead in testing future applications of this exciting technology in the banking sector," he added.
The pilot blockchain network project demonstrated how banks can significantly reduce transaction costs and time. The trade finance purchase order and invoice financing cycle tests conducted showed a near real-time transfer of invoices and purchase orders in a transparent and secure manner.
The blockchain network was integrated with the Infosys Finacle core banking and other host systems within the pilot technology environments on both banks and was designed to be least disruptive to existing systems and processes, allowing the banks to seamlessly plug in their systems and process to work with the blockchain technology.