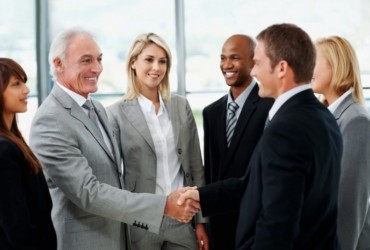 'Networking’ is something that all successful business people need to be skilled at if they want to establish new business relationships. If you’ve been to conferences seminars and other types of business events, no doubt you’ll have encountered numerous people who have been able to ‘work a room’. In other words, they seem to be able to introduce themselves and strike up conversation with complete strangers seemingly effortlessly which, in turn, can open up business opportunities for them down the track. However, what might surprise some people is that for many, networking doesn’t come easily and it takes plenty of practice to become good at it. Here are some things you should think about when it comes to business networking.

Not all of us can dress to impress quite as well as others but we should have formed some kind of image of the way in which, as business people, we appear to others and how we would like to be perceived. In other words, we’ll all have some kind of image about ourselves and how that image comes across to other people so it’s important to recognise and to make the most of our physical attributes and attire to give off the desired impression when meeting other business people for the first time.

Business conferences might only last a day or two and there’ll be plenty to pack into those few days of a conference so, if you’re looking to establish new business relationships, you can’t afford to sit idly by and wait for people to strike up a conversation with you in other words it’s YOU that will often have to make the first move. If talking to complete strangers doesn’t come naturally to you then don’t panic. If you think about it logically, there are many ways you can break the ice in order to talk to a person you’ve never met before.

One of the ways you can do this quite easily is to observe what’s going on around you. For example, you might care to introduce yourself by making some comments about a previous speaker. “What did you think of his speech?” is as good a line as any. Here, you’ve struck up a conversation with somebody without initially even having to introduce yourself. The other person will likely reply and that will then probably lead to a mutual introduction and handshake and on you go from there. It might be a name badge they’re wearing with their company logo on. “Do you know Gerald Smith?” could be an opening line, i.e. perhaps you know a person who works at their company and you’re simply finding out if this other associate still works there. Once again, it’s another easy way to get to have a conversation with people. Remember, networking is, in effect, all about selling yourself, and you can’t do that if you don’t tell people about you.

At conferences and events, there may be some highly influential guest speakers. In this instance, it’s easy to do some research about them and their companies prior to the event so that, if they’re sticking around a while to meet people after the conference, you’ll have some prior knowledge about them which is also a good way of opening a conversation. What you should remember is that, even with high-powered people, you’re going to be at an advantage as you can often find out quite a lot about them but they’ll probably have no idea about you so it’s possible that they’ll be even more nervous than you, even though they may have taught themselves not to show it. Make sure you have a sufficient supply of business cards to take with you but don’t fall into the trap of giving them all out to everybody.

Setting Yourself a Target

Many successful ‘networkers’ will often tell you that by having a specific goal in mind before heading for a conference or event that it helps them focus on what they want to achieve at the event itself. So, it’s a good idea to set some goals before the event so that you don’t get sidetracked entirely at what’s happening on stage as the ‘meet and greet’ part of any business event is often even more important than any keynote addresses or speeches that are happening on stage. A good example might be to say to yourself before you go,”I’m going to make 5 new contacts today who will help me find a new distributor.” By affirming that to yourself, it will help you stay focused and confident in your ability to network once you get there.

So, think on, whilst you may be very skilled and talented in what you do, conferences and events are also about marketing yourself and the more times you practice, the better you’ll become at it. It’s also true about it being not always a case of what you know, as who you know.